What is industrialized food 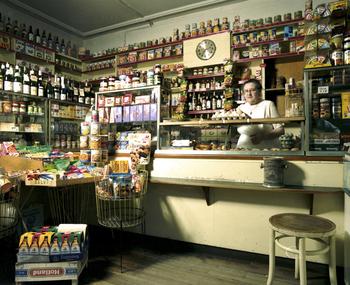 Since it opened in 1990, the State Museum for Technology and Work in Mannheim has been dedicated to the history of technology and social issues from the late 18th century onwards. Its extensive show is regularly supplemented by special exhibitions on current topics from the natural sciences, technology and society, with which the TECHNOSEUM repeatedly presents itself as a forum for current political and social debates.

The exhibition “Our daily bread ... The industrialization of nutrition”, which started on October 29th, now guides visitors through the 200-year history of the food industry, from the appearance of the first machine-made preserves in the early 19th century to the computer-controlled, highly rationalized ones and food production dominated by a few multinational corporations today. At the same time, the show demonstrates the change in eating habits in industrialized countries and problematizes the effects of excess food on people and nature.

Transparency of the distribution channels

The exhibition begins with the product that gave the show its name and that has been a central component of human nutrition in Europe since the Middle Ages: bread. In contrast to many other foods and despite the strong advance of discounters and self-service bakeries, artisanal production techniques still play an important role today; Baked goods are still mainly produced in bakeries (59% including large bakeries). The retail and food groups with their distribution channels and brands are then examined in a “supermarket”. It shows the far-reaching changes in the food supply over the past century. Mostly seasonal and regionally typical foods offered in a large number of "mom and pop shops" have gradually been replaced by standardized, mostly packaged products that are available in ever larger supermarkets. The offer is maintained by an international distribution and supply system, which on the one hand guarantees year-round availability of the product range, but on the other hand its ecological follow-up costs are becoming more and more obvious.

Artificiality and technology are finding their way

The “supermarket” is followed by the “warehouse”, which deals with the prehistory and beginnings of the food industry and presents topics such as “canned food”, “traditional storage” and the first industrially produced foods. In 1809, the French François Appert invented the storage of sterilized food in glass containers, thus laying the foundation for the canning industry. However, a whole series of further technical innovations were required before the factory-made production of canned food - in Germany in the 1880s - could begin. In the period that followed, technicians and inventors successfully dealt with the production of dry preserves such as soup powder (legume flour) or a milk rusk powder as a substitute for breast milk ("Nestlé child flour"); and the developing food chemistry discovered the connections between organic chemistry and biology and was thus able to explain the most important life, nutritional and metabolic processes on which food science is based.

At the same time, the development of refrigeration technology has progressed rapidly since the last decades of the 19th century and enabled the global transport of meat products, fish, dairy products and sensitive types of fruit. From the 1930s onwards, frozen products were initially found in supermarkets in the USA, from where frozen foods expanded and standardized the food supply in industrialized and increasingly also in emerging countries.

In addition to the historical development of the food industry, the storage room of the exhibition, which is characterized by shelves and boxes, is dedicated to the ingredients and design of today's food. The world of flavor enhancers and aromas is presented and problematized at various exhibition points. Even critical consumers may be surprised that chicken soups can now be made completely chicken-free.

Where is the health?

The connection between health and nutrition and the health risks associated with today's diet, such as obesity, diabetes and high blood pressure, are also discussed; References to the high sugar content of soft drinks or fats hidden in sauces and breading are certainly welcome from a nutritional point of view; a somewhat more balanced presentation of the risks and opportunities of today's food supply would have been recommended here.

The adjoining exhibition area “Restaurant” presents the change in diet with the help of film recordings that present typical menus from 1910, 1946 and 1965 on three dining tables. The fact that you can put your own virtual favorite food together on a fourth - interactive - table and that you can also find out about the number of calories of the selected food or the consumption of carbon dioxide associated with its production encourages young visitors in particular to lively interaction. In general, as everywhere in the TECHNOSEUM, visitors to the special exhibition can become active themselves at numerous experiment stations.

The future of nutrition

The final room of the exhibition is dedicated to the future of food production and outlines its numerous challenges and problems. The range of topics ranges from the risks of genetic engineering to the challenges of population growth and the dangers of climate change. As welcome as any food for thought in this direction from the perspective of political enlightenment and education is: When presenting the future problems and opportunities of agriculture and food production, the overall very successful and recommendable show reaches its limits, as the topics outlined here would undoubtedly offer sufficient Material for your own special exhibition.

The 445-page, richly illustrated catalog gives a very readable overview of almost all conceivable facets of the history of nutrition at a price of € 24. It can be bought in the museum's shop or ordered at [email protected]