A psychological expert from the University of California (UCLA) thinks ignoring "bullies" is ineffective. In her experience, it helps more if the victim approaches the perpetrator with a short verbal "return coach" and demonstrates that his statements mean little to him, only to then move away. 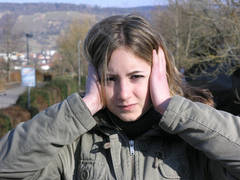 Professor Elisabeth Laugeson of the Department of Psychiatry and Bioverhavioral Sciences at the University of California, Los Angeles (UCLA) gives some advice in a press release on what children can do when they are bullied.

There are several different forms of bullying, such as cyber bullying, but the most common form that students and their parents encounter is verbal bullying, or "teasing," Laugeson said in a UCLA report.

According to Laugeson, most students try to ignore the bullying classmates. But that doesn't always work: when they leave, the “tyrant” usually follows them. If they ignore the perpetrators, then continue teasing them and make them look weak. If they tell an adult about it, the "bully" gets angry and looks for punishment, reports Laugeson. She believes that the advice of the parents and their instinct on how to behave properly are usually of no help here.

"It is better if children give a short 'return coach' that clearly states that what the person said does not bother them and was actually boring or stupid," Laugeson explained. "Students can add body language to their words by rolling their eyes or shrugging their shoulders to show that they are not impressed."

Laugeson suggests that kids try some of these verbal 'return carriages' in response:

If children answer briefly and show that what the “bully” said doesn't impress them, they are taking away the fun. If they explain that what he or she said was boring or stupid, they are more likely to embarrass the “perpetrator” and have a chance that they will be left alone.
"After a verbal defense, the child should move away and not wait for the bully to continue," advises Laugeson. "But those who are being teased should never leave without verbally opposing the attack or without having shown that they do not care about the statements."