Are there honest photographers in Bangalore

The picture of 'you' and 'me':
In dialogue with the urban youth of Bangalore, media artist Chris Becher will develop a series of photographs and text that will soften the established post-colonial, stereotyped and romanticized image of India and the Indian people. 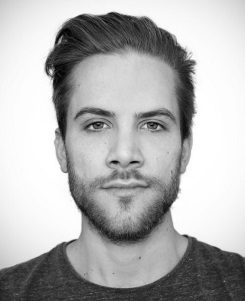 © Chris BecherChris Becher (* 1990, German) studied artistic photography from 2010-2016 at the Art Academy for Media Cologne with Beate Gütschow and from 2013-2014 as part of a DAAD scholarship abroad at the National University of Bogotá, where he also worked independently on his free long-term project « Lxs »worked. He was also a Young Fellow at the Academy of the Arts in Cologne from 2015-2016. His diploma thesis “Boys” was awarded the prestigious prize “good prospects - young german photography 2016/2017”. He is also the winner of the “Marta Hoepffner Prize for Photography” 2017 and has been nominated for the 2017 sponsorship award of the state of North Rhine-Westphalia. His work has been presented in the House for Photography in the Deichtorhallen Hamburg, in the NRW-Forum Düsseldorf as well as in the Goethe-Institut Nicosia, Cyprus; have been published in various print media and are also represented in public and private collections. Since completing his studies, he has lived and worked as a freelance photographer and artist in Cologne.

His works, which arise primarily from documentary issues, concentrate on the combination of text and photographic images. Both elements stand side by side equally and independently in terms of their value and form of presentation. However, the meanings and imaginations shift fluidly and continuously between the two poles; even condense into fiction. In this interplay, his works expose indicators of socio-political, cultural and economic structures and make habits and valuations available.
Intensive offline and online research is avoided in the process by applying various documentary strategies and time-consuming collaboration with the people portrayed. A significant part of his work takes place invisibly without a camera, which is ultimately also of importance for his artistic position. The use of analog medium and large formats contributes to the intimate relationship between the subject and him due to their meticulous handling. These production conditions and his role as an author are reflected on and documented as part of the final artistic work.

Chris Becher sees the intensive, intercultural examination of socio-cultural, economic, political and institutional conditions as well as the encounter and networking with a community, cultural and artistic scene that is far from his own origin as an essential and necessary component of his artistic practice and personality. Especially with regard to the perception, imagination and reception of “one's own” and the “other”, he sees artists as having a responsibility to be critical of the complexity of today's globalized world and to reflect with these imaginations - always those in the globalized world to become more of a social routine [1] - to deal with it and to question and sound it out in order to counteract stereotyped assumptions. In this context, he regards photography and text as two essential media with ambivalent potential.

In Bangalore, Chris Becher will work in collaboration and dialogue with local people on the question of the extent to which it is possible for an artist who is not familiar with Indian culture to deal with the complex situation in a rapidly developing world like Bangalore - in the gap between tradition and modernity - to realize a photographic and textual series without reproducing and consolidating stereotyped, clichéd and romanticized images about India and its people. What are the relationships between locals, long-term residents, and newcomers? He focuses primarily on the life situation of young people up to 35 years of age who have grown up in the span between their parents' generation, who grew up under traditional values, and today's global, digital modernity. In the run-up to this, he already collects ideas about India from himself and other people in Germany. The second step is to consider the situation of the Indian status quo on site with people living in Bangalore. The aim will be to juxtapose colored images and texts by young Indians that counter colonial, western, Eurocentric imaginations of Indian identity and offer alternative legibility.

When we think of India, many different images appear in our minds: for one person it is garbage and chaos, for another the Taj Mahal and meditating babas or the smell of street kitchens and the taste of coconuts. India is a huge, complex, for many people from the "West" underdeveloped country, with which you have to be patient until it is as far as - yes, how who actually, like the West?
The diplomat, politician and writer Shashi Tharoor once wrote that, on the contrary, India is a highly developed country; a highly developed country in a state of advanced decline. It is this notion that turns everything upside down and rearranges it, turns everything inside out. An idea that questions the latently arrogant and megalomaniac West and at the same time puts the mirror in front of the Indians, who no longer know in which country they live and who conveniently declare the garbage they throw in front of their neighbors as "God-given".

India is something of all these parts, is much, and much more; but by no means the stigmatized or romanticized, limited image that we uncritically consume in the media of the western world. You don't have to be a historian to recognize that the West in India time and again liked to use the fruits it needed: diamonds, exoticism or spirituality; whereupon he fell in love with his own imagination and was no longer ready to open his eyes to what could still be found in India next to it. The self-righteous image that the West has of India - and that India also has of the West - is a distorted one. India, deeply conscious of its tradition, is a country that is racing towards the future inexorably at the same time. In a future that is becoming more and more global and that should be designed in a dialogical and world-bridging manner in its progress.

Against this background and based on it, I see the cooperation of the Goethe-Institut as an important link in order to connect artists from both worlds and to put them into dialogue and, moreover, to create added value for people whose access to these worlds is distant . My time in India was an intensive and enriching one, in which the intercultural examination of socio-cultural, economic, political and institutional circumstances and the encounter with a previously unfamiliar cultural and artistic scene far from my own origin often presented me with challenges. At the same time it was a growing and renewed appreciation of these encounters, which I consider indispensable on my way and as part of my personality and which I cannot read in any book. Every description of an object is and remains an abbreviation, based on simplification and selection. Nevertheless, I am of the opinion that every honest one adds to a larger whole and makes understanding and empathy possible. And so I am satisfied to leave India for the time being with more questions and curiosity than I originally had and I hope to see you again. And also that I was able to pass on some of my experience and values ​​to the people I met during my time here.
<?