I finally installed one and, following a tip in a review on Amazon.com, built a box larger than the fan and then put pipe insulation around the bottom edge of the fan. When you slide the fan into the box I built, the fan rests on the pipe insulation and minimizes the vibrations transmitted from the fan to the rafters. It doesn't reduce the noise of the airflow but I get 80dB right under the fan and 50dB in the bedrooms which is fantastic compared to other house fans I know of.

Still too loud to speak comfortably underneath for a long time, but no engine is booming either.

If I wanted to further reduce the noise I would probably use air ducts to move the fan further away in the attic, but I'm fine with that. The house is usually 40-45dB during the day, so 50dB in the rest of the house is fine.

If you choose to use this technique, make sure your shutters can be opened while building your box. I didn't do a fit test before bringing everything to the ceiling and it's considerably more difficult to rework the box in the ceiling than it would have been on the floor. 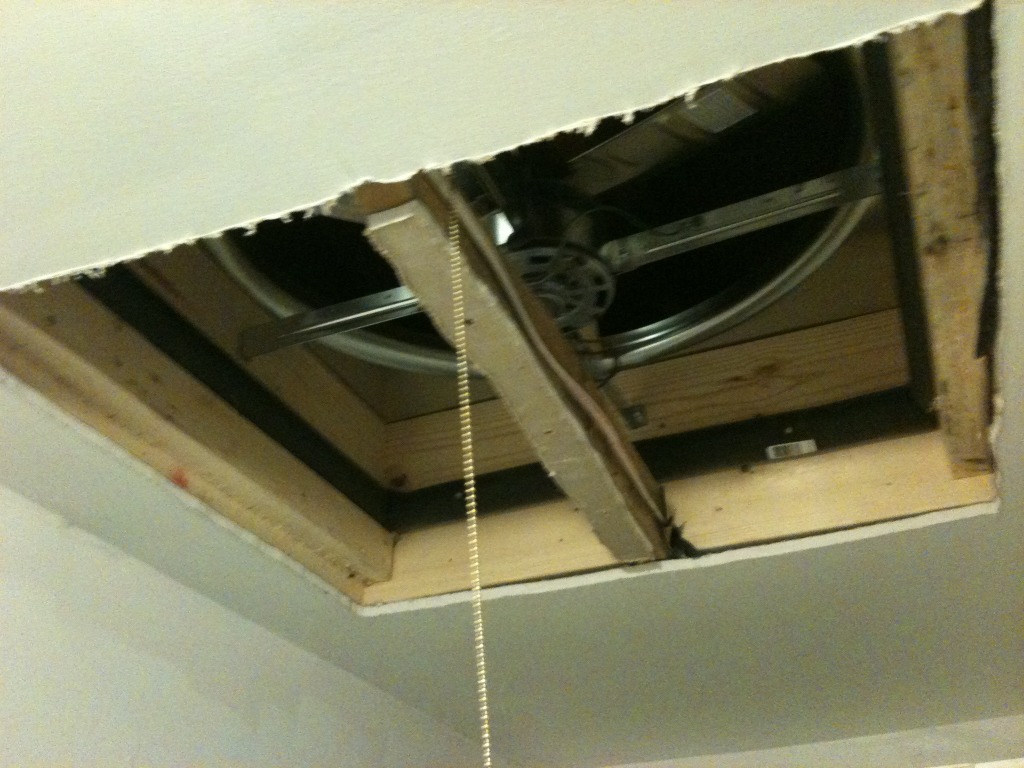 I also strongly recommend installing a timer for the fan. It was easy to install, and now we don't have to think about turning off the fan anymore. Just press one of the buttons for the time you want and forget about it.